What is Ethereum today?

When we talk about Ethereum, we are talking about a Software platform that allows developers to take advantage of the power of the Blockchain in incredible ways. While it also functions as a ledger for ether, its native cryptocurrency ETH, the main purpose is to store, execute smart contracts, incorporate improvements to the Blockchain, integrate coded transactional programs into the Ethereum blockchain. Among great news that surely, are about to land.

Datium, from the beginning, remained active in creating its MDCx cryptocurrency in ETHEREUM but all the staff contacted QG AUDITS and they jointly agreed to the assignment of working on the Binance network. Why? For gas costs between operations. Ethereum maintains high transaction values.

If you want to know Ethereum in depth, you will need to meet Vitalik Buterin, creator of Ethereum. He first proposed his blockchain idea in 2013, successfully launching in 2014.

The term smart contract can be confusing, especially since smart contracts are so much more than traditional contracts. In fact, smart contracts can be agreements between two parties that are recorded on the blockchain, but they can also be used to decentralize medical information databases, establish online notaries, or entire virtual worlds, to give just a few examples.

A smart contract is a piece of code that can only be executed once certain essential conditions are met. Let’s give a simple example, an Ethereum contract can be initiated when the particular Ethereum account that will perform the action has been funded with an amount or portion of the Ethereum token. Since smart contracts run on a decentralized system of nodes instead of a central server, no computer runs the code. Instead, the work is shared by thousands of participants. When the code is used for a transaction a gas is determined. This gas is portions of Ethereum that are paid to carry out the action.

What is the ETHER? (ETH)

Ether is a cryptographic currency that is currently one of the most demanded by all crypto businesses. It works very similar to Bitcoin in that it has a set price, which is determined by supply and demand.

This makes ether an investable asset. Many will think that the main purpose of Ether is to be used as a digital currency. It is true that it shares a similarity with other cryptocurrencies, its distinctive feature is that it serves as an internal payment method for the Ethereum network. Ether directly compensates cryptominers for adding data to the blockchain. The amount of processing power you need from the network corresponds directly to the price you have to pay for the service. Also called GAS. Therefore, Ether is the natural fuel of Ethereum.

Unlike Bitcoin which has a maximum supply of 21 million BTC, Ether does not have a set maximum supply. This may end up causing a big problem in the long run by dethroning Ethereum from the throne. 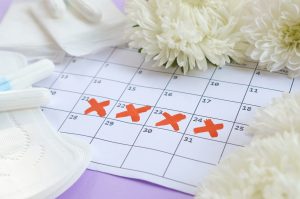