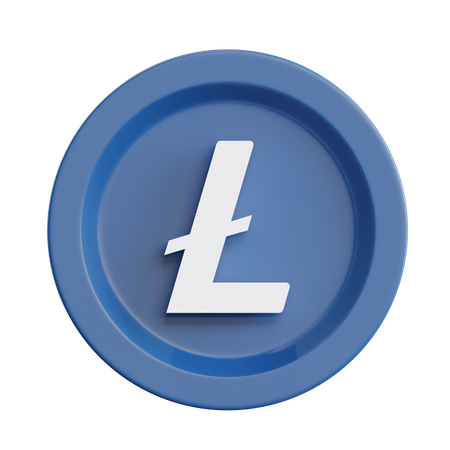 Litecoin (LTC) is a peer-to-peer cryptocurrency based on blockchain technology. As with other cryptocurrencies, it allows anyone to send fast payments anywhere in the world without the need for intermediaries. This is facilitated through its decentralized global payment network.

For some years it has been acclaimed and with significant increases in value. I am an important alternative to Bitcoin or Ethereum. Currently there are cryptocurrencies like Fantom that seek to dethrone him.

Litecoin does not rely on a single authority to ensure that payments are sent and received as agreed. This means that there are no banks involved. Instead, it uses a network of thousands of nodes to verify transactions.

Litecoin was started in 2011 by Charlie Lee, a former Google engineer. It is based on the original Bitcoin Core client. For this reason, the two currencies share many basic functionalities.

The Litecoin network is based on blockchain technology. The blockchain is stored as a distributed ledger containing the complete history of Litecoin transactions. This technology makes Litecoin:

Safe: It is almost impossible to hack a blockchain;
Peer-to-peer: Litecoin is sent directly from one user to another;
Immutable: Once a transaction is committed, it can no longer be undone;
Transparent: anyone can see all the transaction history;
Private: Although the transactions are public, the actors remain pseudonymous.
Litecoin shares all these features with Bitcoin. They are the basic premises on which these cryptocurrencies were built. But the two currencies differ in a few key ways.

Litecoin was created with the intention of covering transactions that were too small to be economically viable in Bitcoin. The biggest difference between the two coins is the block creation time, or simply the block time. The average time it takes to create a new block is 2.5 minutes for Litecoin and 10 minutes for Bitcoin.

Blocks are data containers that are linked in the blockchain. Think of them as secure digital safe deposit boxes. Once the information is deposited inside and added to the blockchain, it can no longer be changed. With cryptocurrencies like Litecoin, the blocks contain data about transactions on the network.

When you send LTC to another address, it is recorded on the blockchain as a transaction. The blockchain contains a complete list of transactions, from the first to the last. New blocks are generated through a cryptographic method called mining.

This is another key difference between Litecoin and Bitcoin. Litecoin uses a different algorithm to create new blocks. Litecoin’s algorithm is called Scrypt, while Bitcoin uses SHA-256. This difference is relevant for miners, but not for merchants and end users of the system.

More important to traders is the difference in the total supply of coins. New Litecoin is constantly being mined. However, the total number of coins is fixed, just like with Bitcoin. The difference is in the number. The maximum volume of LTC is 84 million, while BTC is limited to 21 million coins. The price of these cryptocurrencies is based on supply and demand. Therefore, the total possible offer plays a factor for the traders.

But having a limited supply doesn’t mean we run out of Litecoin. The currency can be divided and transferred in units as small as 0.00000001 LTC. Therefore, it is highly unlikely that the world could face a shortage of Litecoin.